There is a lot of confusion between the terms Wicca and Witchcraft, many people, including famous authors, use them interchangeably, so is there a difference, if so what is it?

Is the practice of natural magic, and does not have to have any religious component. Natural magic is the simple magic connected with the world around us as opposed to the complex ritual or high magic practised by magicians. Both can be equally effective although natural magic is more commonly is used to solve everyday problems, whereas high magic often has more otherworldly goals. Someone of any religion can also be a Witch, however many faiths such as Christianity and Islam specifically ban the use of magic of any form, especially Witchcraft.

Is a religion with definable beliefs, which always includes the practice of Witchcraft. It is unique as a living western religion that explicitly embraces the female principal.

Wiccans believe in and worship a god and goddess,

the deities can vary according to the tradition, and group. This principle is extended to the everyday world, Wiccans believe duality, and equally value both males and females.

Wicca is connected to nature and the cycle of the seasons.

The 8 sabbats are essentially seasonal celebrations and allow Wiccans to have a real relationship with the Earth.

Magic is an essential part of Wicca, making every Wiccan a Witch.

Confusion with the meaning of “Wicca” from the USA

American author Scott Cunningham used the term Wicca, that was previously only applied to initiated coven Wiccans for his book for solitaries. His book was the best selling Witchcraft book of all time and its influence was massive, first in the US, then later in Europe too. It is likely there are now more solitary Wiccans than traditional coven based Wiccans. The arguments about who is a Wiccan still rage today with strong opinions on both sides. To reverse this trend is equivalent to King Canute attempting to turn the tide.

A Witch may be a Wiccan

Wicca is a both a magical system and a religion that includes Witchcraft in it’s core principles, however a Witch does not necessarily have Wiccan religious views. So a Wiccan is always a Witch, but a Witch is not always a Wiccan.

With its inclusion of female spirituality, magic, and affinity with nature, Wicca is unique among western religions. It truly is old ideas for the new world as its principles answer so many important modern issues

Magic is an inseparable part of Wicca

Unlike other western religions Wicca always includes the practice of magic in the form of spells. The caster carries the entire responsibility for the results of a spell they cast, so while similar in concept to a prayer a spell is a far more personal force. See Wiccan Rede for restrictions on use of spells.

The Rede an essential limit on the use of spells

An it harm none, do what ye will . Is a deceptively simple positive morality, easy to understand, but hard to live up to. In a simple phrase it gives a moral blueprint for all of life’s decisions

Wicca balances reverence of both male and female

Wicca includes both a Goddess and a God, and gives equal status to females and males. This is both an important principle of Wicca, and one of its strongest attractions.

Children of Artemis – About Us 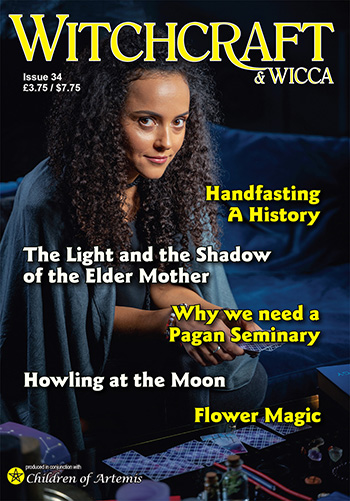 Witchcraft.org is your one stop resource for all your witchy news and views from the Children Of Artemis

This site uses cookies to provide the best experience for our customers. By continuing to use this site you are giving consent to the use of cookies Find out more.